​Empowered Communities is strongly committed to an evidence-based approach to all our work. Put simply, this means having strong baseline data, regularly measuring our work to track progress over time, and sharing information to enable informed and transparent decision-making.

Whilst access to quality data is a significant challenge, NPY Empowered Communities has developed a participatory monitoring and evaluation framework to help mitigate this. Through our commitment to collaborative co-design and Anangu-led decision-making, we draw on the skills and experience of local stakeholders, utilise local knowledge and apply grassroots best practice. ​Hence, we approach monitoring and evaluation in a strengths-based, culturally appropriate way in order to build the capacity of Anangu and other stakeholders. This allows them to determine their own measures of success and indicators of change over time. In addition, we work with governments and service providers to shift systems so that Anangu at the centre and to ensure there is an emphasis on meaningful long term outcomes.
​So... what does the data tell us so far? 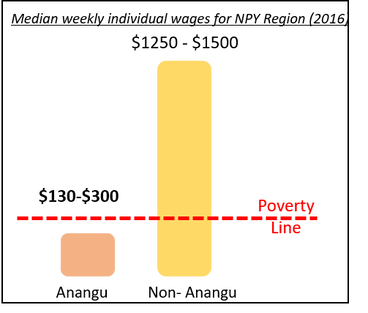 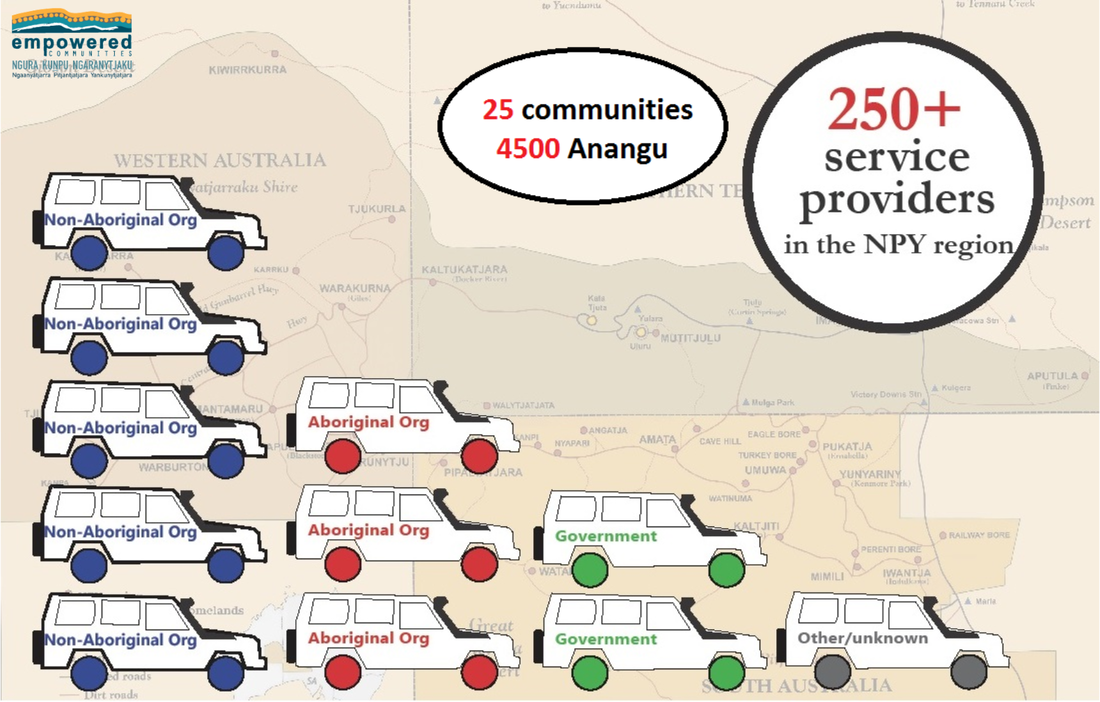 Note: This information is not yet a complete picture. It is a snapshot from 2016/17 based on data from two Federal Government Departments (NIAA & DSS), and anecdotal information from organisations operating within NPY communities. See below for more information on the challenges we face in collecting this data.
Our challenge: Accessing quality data in the NPY region... ​
​In 2017, we undertook an audit of service delivery across the NPY Lands. The purpose of the audit was to understand what programs were being funded in the region, who was delivering them, how much was being spent, and where the money was coming from. We also hoped to see where there were gaps and duplication in order to improve streamlined service delivery.

To the best of our knowledge, mapping of this type had not been done before. It proved a complex undertaking!  Very few State, Territory or Federal Government Departments were willing or able to provide the required information. It became apparent that there is no consistent system for Government collection, storage or reporting on programs or providers. Hence there are no straightforward mechanisms for accessing funding information about the region.

Information from the Census is also minimal as it does not provide detailed or reliable information about the region. This is exacerbated by census boundaries not aligning with NPY Region boundaries. Collation and comparison of Government data across State/Territory jurisdictions is often unworkable; data sharing restrictions are prohibitive and the small population size raises issues of confidentiality. Currently, much of the data from program reporting and evaluation focuses on activities and outputs rather than measuring real impacts or long-term beneficial outcomes for Anangu. Where data is available, indicators are often determined by governments rather than by Anangu, and are typically deficit-based. This results in it failing to reflect the complexity or culturally relevant measures of resilience and success in the region.